5 Of The Best Biryani Delivery Services In Mumbai

While we didn’t really need a delivery platform’s recent survey to tell us how popular and truly wondrous a dish biryani is-and apparently the number one ordered dish during lockdown-it always helps to have some empirical evidence and statistics to reinforce the country’s love for it. Interestingly, India’s most popular dish has its underpinnings rather far away. In ancient Persia (today’s Iran) to be more precise! While theories of its genesis abound, with one laying claim to the fact that in the Persian language, rice is called “birinj”, others speculate that it originates from the low and slow cooking method called “beriyan” in Persian that bestows upon it it’s rather mellifluous name. But whatever be its culinary conjecture, India’s vast and eclectic posse of cuisine styles offers up a plethora of fragrant biryani varieties that do well to reference the different regions they come from, resulting in a mind-boggling variety of biryani iterations. From the fiery heat of a Hyderabadi biryani to the unusual kathal (jackfruit) biryani. 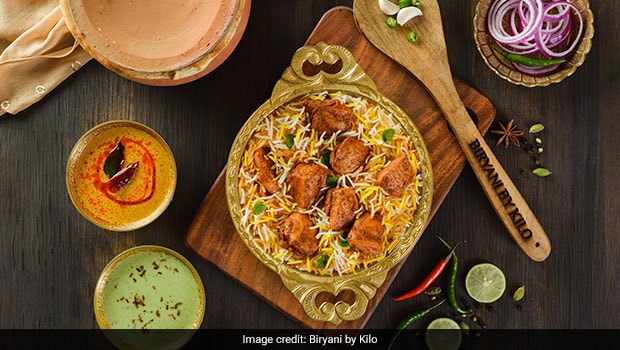 Here’re 5 of the best biryani delivery places in Mumbai: 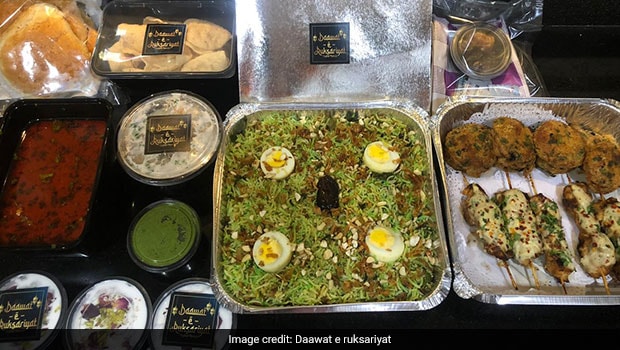 This weekend-only biryani (and other Mughlai dishes) delivery service is the brainchild of home chef Ruksar Memon whose delicious biryanis were such a hit with friends, that she recently started delivering them all across Mumbai. While the menu keeps changing every weekend, one can expect to feast on everything, from the regular veg and non-veg Kutchi and Bombay-style biryanis (extra masala and always with potatoes) to interesting versions like an Arabic chicken kepsa biryani and a mutton keema biryani. 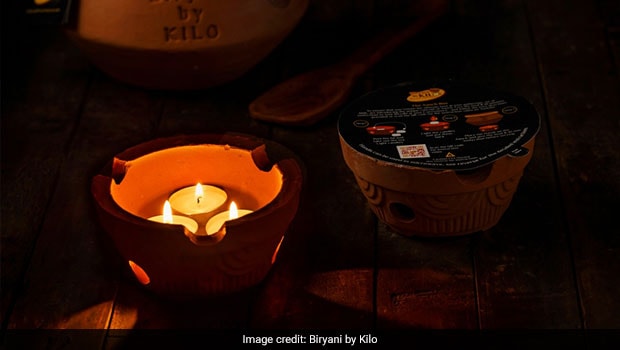 Offering by far the most well-packed and presented biryanis on this list, Biryani by Kilo (BBK) sends its food out in style! We’re talking about those cute earthenware pots with dough sealed lids sent along with mini aanch stoves with votive candles to heat the biryani with at your table. Thus eliminating the need for transferring the biryani to serving dishes. But coming to the biryani itself, BBK has quite a selection. Meat lovers can partake in Lucknowi, Hyderabadi and Kolkata style biryanis in either chicken or mutton variants-both bone-in and boneless. However, it is the vegetarian menu at BBK that always manages to wow us. From the kathal (jackfruit) biryani to the Peshawari chhole biryani there are plenty of exotic offerings, besides, of course, the regular mixed veggie and paneer dum biryanis. 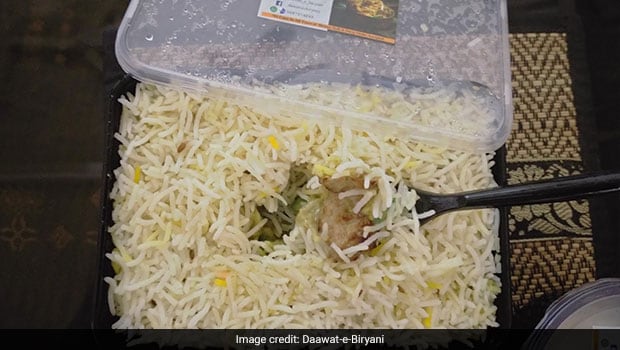 Serving up a mind-numbing 23 varieties of chicken biryanis is the weekends-only (only bulk orders are taken on weekdays) Dawat-e-Biryani by the very talented Saif Shaikh. Digging into old family recipes for some biryani varieties like the dum biryani (both red and white versions), Shaikh stays true to his roots. But he also explores his experimental side with some truly unique ones. Take for instance the sizzler biryani and two biryanis that are heavily influenced by Indian Chinese food – the dragon biryani and the schezwan seekh biryani. But our vote for sheer brilliance in taste and generosity in portion size would have to go to the green malai seekh tikka biryani and the smoky tandoori biryani. 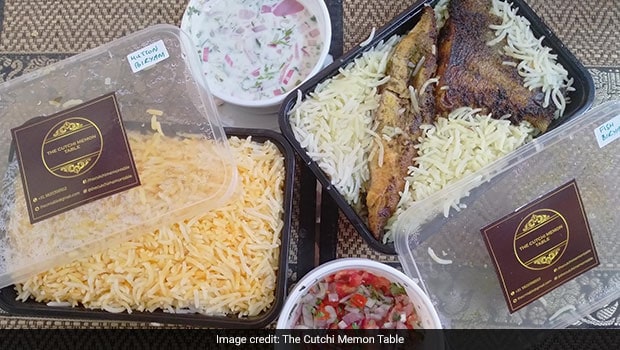 An interesting mix of Bombay Muslim, Kutchi Memoni and a bit of Bengaluru Muslim cuisines go into Faiziya Soomar’s The Cutchi Memon Table’s biryanis. Learning cooking at a very early age from her cookery class instructor aunt, Soomar, who grew up in Bengaluru, is all about experimentation. And that is why her biryani delivery menu has some unusual versions like a white biryani and a yummy green masala based fish biryani using the subtle tasting pomfret fish. Focussing on traditional Lucknowi-style biryani (in both veg and meat-based versions) is the aptly named Lucknowi Chowk, a five-month-old food delivery business. It was started by Nirban Goswami who is originally an actor and his fiance, singer Nandini Deb. Cashing in on their Bengali heritage, the duo also does a Kolkata-style biryani with the mandatory egg and potato addition to the meat and rice preparation.

Price: Rs.450 onwards per portion of biryani
On the side: Mutton kakori kebab, mutton galouti kebab
Where: Goregaon West
Call: 9821538599