Malaysian researchers have developed a method to transform the fibre found in normally discarded pineapple leaves to make a strong material that can be used to build the frames for unmanned aircraft, or drones.

The project, headed by Professor Mohamed Thariq Hameed Sultan at Malaysia’s Putra University, has been trying to find sustainable uses for pineapple waste generated by farmers in Hulu Langat, an area about 65 km (40 miles) from Kuala Lumpur.

“We are transforming the leaf of the pineapple into a fibre that can be used for aerospace application, basically inventing a drone,” he told Reuters at a workshop.

Mohamed Thariq said drones made out of the bio-composite material had a higher strength-to-weight ratio than those made from synthetic fibres, and were also cheaper, lighter, and easier to dispose of. 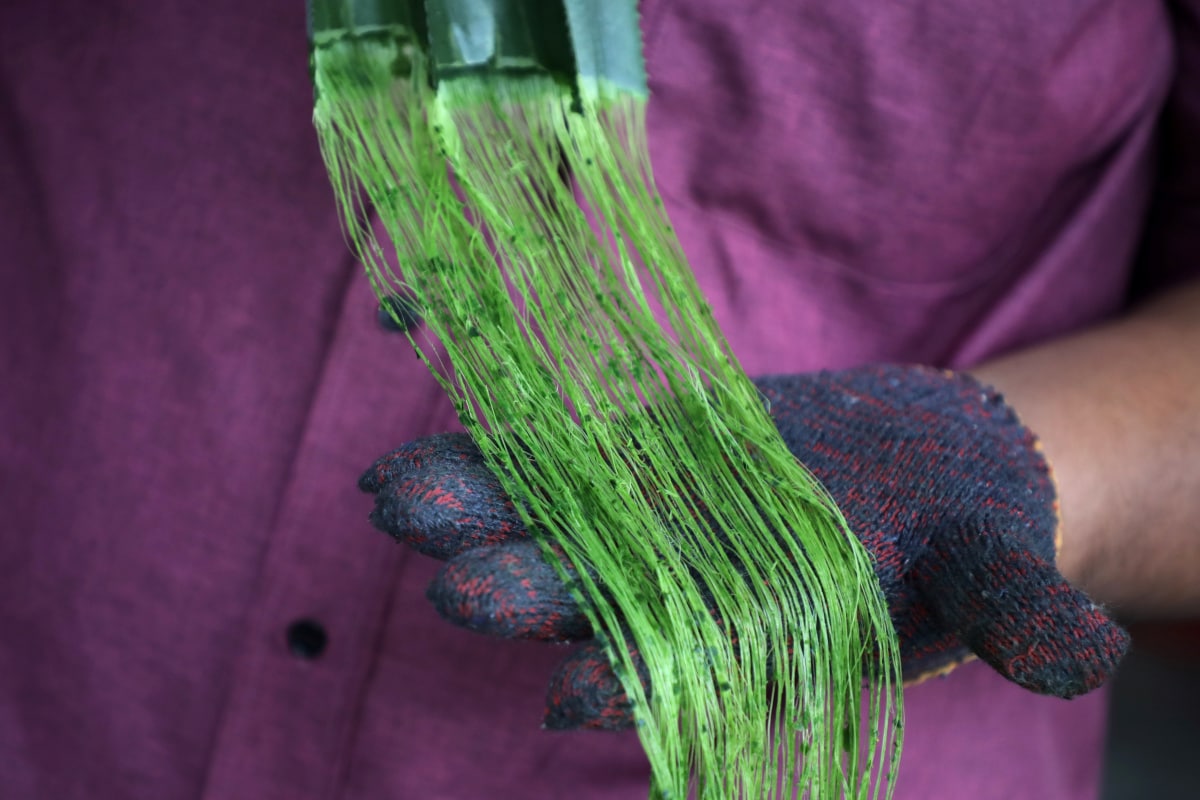 A student holds pineapple leaf fibres at a workshop of University Putra Malaysia, in Serdang, Malaysia

If the drone was damaged, the frame could be buried in the ground and would degrade within two weeks, he said.

Ultimately, the research team hopes to create a larger drone to accommodate bigger payloads, including imagery sensors, for agricultural purposes and aerial inspections.

“Our role here is to help the industry, the farmers, to increase their yield and make their jobs much easier,” said William Robert Alvisse of the Malaysian Unmanned Drones Activist Society, a non-governmental group helping to design the drone and advising on the project.

Before the project launched in 2017, pineapple stems were discarded after the once-in-a-year harvest period, but farmers hope the drones project will encourage more innovation to find uses for the waste and boost incomes.

“With the health issue, the economy problem due to COVID-19, the society is desperate and there is no alternative to increase income,” said pineapple farmer Irwan Ismail.