Donald Trump Supporters Urge Twitter Users to Join ‘Parler’ — What Is It and How Does It Work? 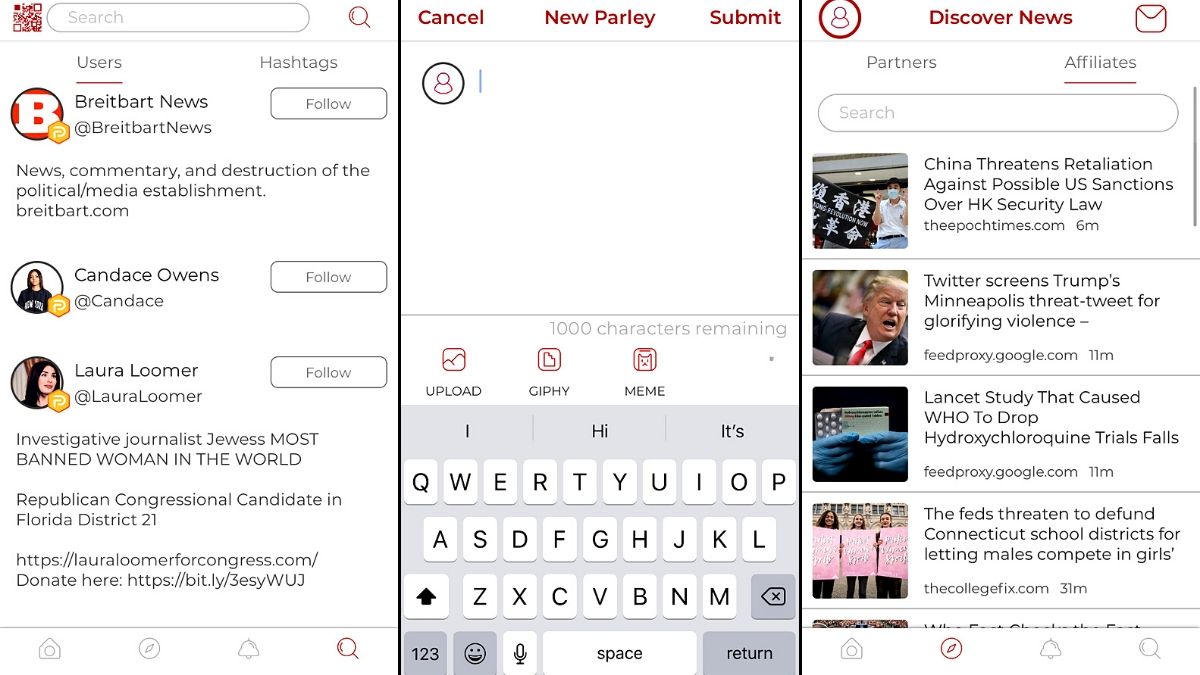 US President Donald Trump and Twitter are at odds. Twitter first labelled some of President Trump’s tweets as unsubstantiated. The White House then issued an executive order that could be used against platforms like Twitter, and most recently, Twitter hid one of President Trump’s tweets behind a warning that the tweet could incite violence, and unprecedented step.While the outcome of these moves is yet to be seen, many of President Trump’s followers are urging users to migrate to a Twitter-like platform called Parler. Although Parler has been around for quite some time, several users are now heavily tweeting and promoting the platform saying they fear that Twitter will soon “censor” conservative voices on the micro-blogging site. Interestingly, Parler describes the company as a “non-biased free speech-driven entity,” although the platform has often been labelled as Pro-trump community.

The sudden rise in the popularity of Parler is similar to the rise of Mastadon in India last year. Several users in the country had then criticised Twitter for arbitrarily suspending several Twitter accounts, and moved to a new platform.

“Due to Twitter’s #censorship, we’re all moving over to #Parler,” said a user on Twitter. “Good morning Patriots. I highly recommend we start migrating to other social media platforms. I am already seeing Breitbart, Dan Bongino and some Trump family members there [Parler],” another user on Twitter posted.

Parler on its website has also released a statement condemning actions against President Trump’s tweets. “The platform [Parler] is committed to free speech, does not mine or sell data, and does not censor content based on politics and ideology,” the company said. To recall, the social media giant targeted two tweets the US President posted on Tuesday in which he contended without evidence that mail-in voting would lead to fraud and a “Rigged Election.”

Parler was by founded by John Matze in 2018. Much like Twitter, Parler allows users to share and express views in up to 1,000 characters (unlike the 280 characters on Twitter). Users on the platform can ‘parley’ through ‘Echo,’ ‘Share,’ ‘Vote’ and, ‘Comment’ similar to Twitter’s ‘Retweet’, ‘Comment,’ and ‘Like’ features. Users also have the option to send private messages to other users on the platform. Parler since its launch in 2018 and the company claims it has over ten lakh users. Among the users are Donald Trump 2016 presidential campaign spokesperson Katrina Pierson, Trump 2020 campaign manager Brad Parscale, and right-wing supporter Laura Loomer.

How to use Parler?

Users can sign up on Parler for free via its website or can the app through Google Play Store or Apple App Store.

To use the platform, Parler asks for the user’s name, email address, and mobile number. People residing in India can also sign up on Parler with their India-registered phone number.

Less than a year after its launch, a report by Daily Dot citing users had pointed out that the platform was buggy and the layout “needed a facelift.” Even now, users on Google Play have raised issues regarding multiple crashes and problems with registration. Similarly, Parler has been deemed as a platform for conservative and right-wing supporters. At the time of writing this article, we noticed several trending hashtags about Trump. Similarly, this isn’t the first time users are urging others to join the platform. In 2019, several users from Twitter, Facebook, and YouTube had flocked over in large numbers after their accounts were suspended.