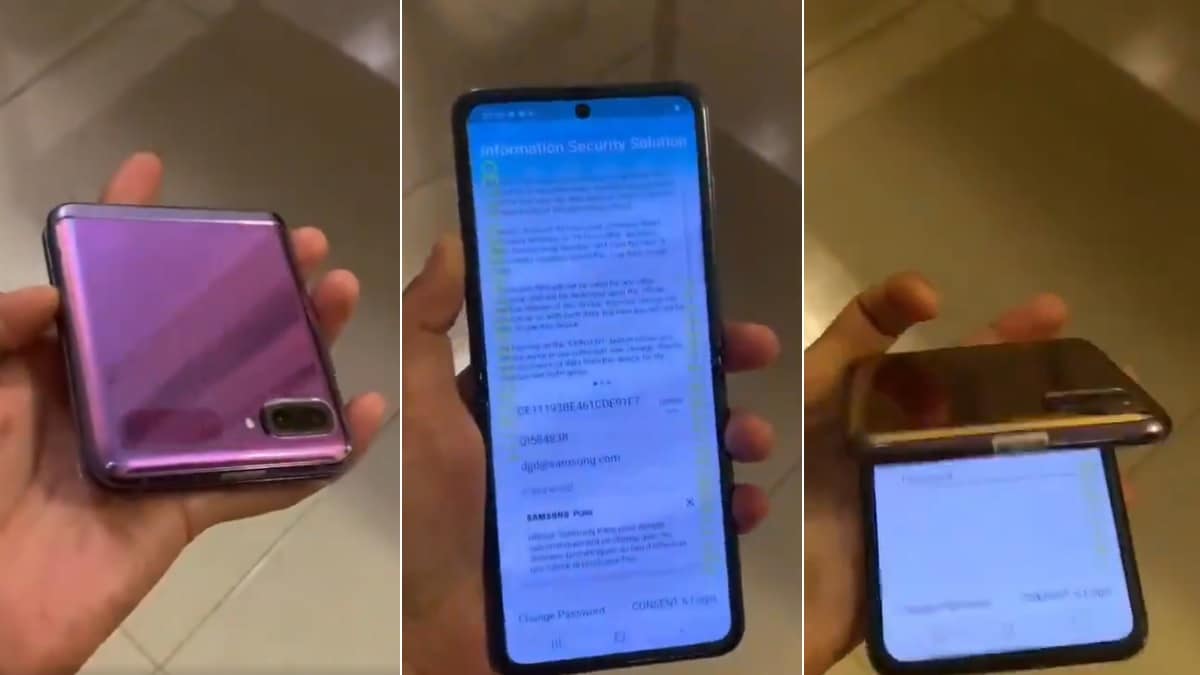 Samsung Galaxy Z Flip will soon break cover as the company’s answer to Motorola Razr (2019). Merely days after appearing in leaked renders and getting its entire specifications as well as pricing leaked, the Galaxy Z Flip has now appeared in an alleged hands-on video. The video leaves little to the imagination when it comes to showcasing the phone’s clamshell foldable design and its small cover display that sits alongside the dual rear camera module. But the first thing that comes to mind after seeing the Galaxy Z Flip unfold is how uncomfortably large the phone actually is, thanks in no part to the super tall aspect ratio.

The alleged hands-on video was shared on Twitter by concept designer Ben Geskin (@BenGeskin), who is said to have lifted it from Instagram. The video shows the upcoming Samsung foldable phone in its dazzling pink colour option that has shades of purple as well. It is quite evident from the get-go that the Samsung Galaxy Z Flip is quite chunky compared to the Motorola Razr (2019) even in the folded state. But when it is unfolded, it appears to be significantly taller, thanks to the 22:9 aspect ratio Samsung is going for. The person handling the phone clearly appears to be struggling with the sheer size, and it is going to be a tough task for users trying to reach for content in the upper half of the screen.