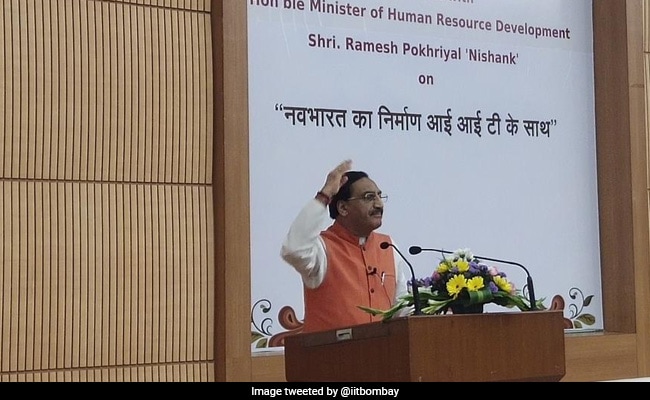 MUMBAI: Union HRD Minister Ramesh Pokhriyal “Nishank” on Saturday underlined the important role of IITs in establishing India as the world leader in education in the next five years.

Speaking at the 57th convocation of the Indian Institute of Technology Bombay (IIT Bombay) here, Pokhriyal said Prime Minister Narendra Modi has set the goal of establishing India as the world leader in education by 2024. “The IITs have an important role to play in the realisation of this goal,” he said.

He said culture should be joined with education, so that the individual has an enduring and firm foundation for growth.

Congratulating IIT Bombay for being ranked among the top 200 in the QS world university rankings, Pokhriyal asked the community to aim higher.

“IIT Bombay can render a significant contribution in addressing the challenges of climate change and in fulfilling development goals such as increasing India’s renewable energy capacity,” he said.