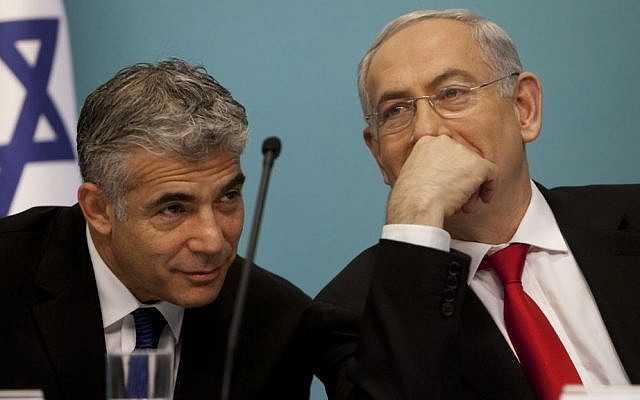 Prime Minister Benjamin Netanyahu and Blue and White party co-leader Yair Lapid exchanged blows on social media this week over their respective English skills, after a Likud campaign ad attacked Lapid’s use of the language.

The Likud ad tweeted by Netanyahu on Monday generally mocked Lapid’s halting English in a certain segment of an English interview (though he has shown himself perfectly capable in use of the language). However the main source of ridicule by Likud and its supporters on social media appeared to be Lapid’s pronunciation of the word “conundrum.