All in Good Taste

Even on a weekday afternoon weighed down by the rising mercury, in a mall that has seen better days, the sprawling Kofuku restaurant in Ansal Plaza seems to have a happy buzz around it. Inside, a group of Spanish tourists are having a noisy lunch, a solitary Japanese guest is reading on his iPad as he tucks into his bento box and I am sitting in my six-seater wahitsu, poring over the menu and trying to make up my mind if I should, in deference to the weather, give the miso soup a miss and settle for a chilled glass of sake instead. My dilemma sorts itself out — Kofuku is still awaiting its liquor license — so, I order myself a suimono soup (Rs 250) and some edamame (Rs 390) to prep me for the next course.

After a great run in Mumbai, the restaurant had a soft launch in Delhi in December last year and has mostly been operating on word-of-mouth publicity. 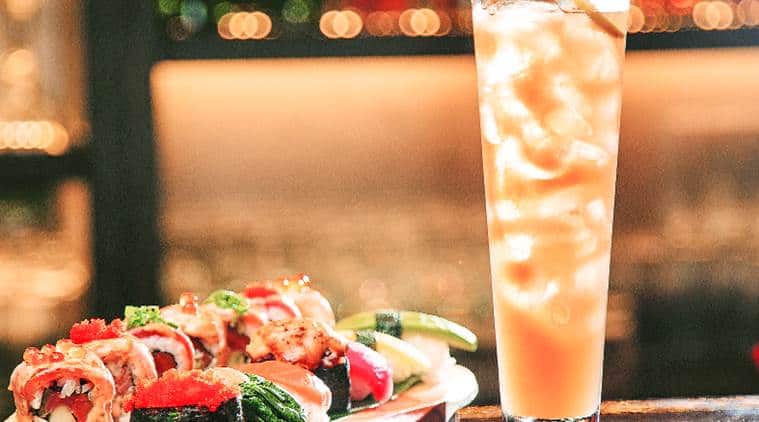 Their next stop is an express counter at the international airport terminal. The Delhi clientele, says proprietor Rajinder Budhiraja, is very different from the one in Mumbai. A full-blown Japanese meal might not sit easy with customers here, familiar as they are with sushi, teppanyaki and yakitori at best. So, the menu has been tweaked a little bit to accommodate a selection of mostly comfort Oriental dishes — cheung funs and dimsums and even New Zealand lamb chops alongside Donburi specialities — and the 76-seater restaurant (including outdoor seating) is positioned as a traditional izakaya or gastro-pub if you will. The liquor license would have helped, but, Budhiraja says, fresh licensing has been stalled by the Delhi government since the beginning of the year and the wait might prove to be lengthy.

In the meantime, the emphasis is on the food. The suimono arrives promptly, a clear dashi broth with seafood, and I am glad I settled for it. One of the guiding principles of Japanese food is the retention of the simplicity of the produce. Most of the flavour is induced from basic elements such as sugar, salt, miso, and soya. The soup is spot on — delicately flavoured and just the right dash of pungent, and the seafood is fresh. The edamame is served differently than what is the usual practice in Japan, where the blanched beans are served in the pod, frozen, and without salt. At Kofuku, the beans come freshly steamed and coated with salt crystals, more like the way it is served in California, the other great bastion of Japanese food.

Our next course is the age-watarigani (Rs 900) — fried soft shell crab tempura with wasabi mayo and dashi sauce. The crabs are succulent — the meat coming apart at every bite — and the tempura crunchy, but the dashi sauce is a letdown, lacking both the punch and the saltiness required to off-set the unsalted rice batter of the tempura. The chef’s special matsu-nigiri sushi platter (Rs 900) comes next, and has one each of maguro (tuna), sake (salmon), hamachi (yellow tail), kanikama (crab stick), unagi (eel), ikura (salmon roe) and tobiko (flying fish roe). A test of good sushi is in the quality of rice used for the roll. Traditionally made with glutinous rice (usually koshihikari) that does not come apart at touch, it is often a distinguishing feature between indifferent and excellent sushi. One of the worst things that could happen for a sushi is to disintegrate into an untidy mess in the time it is lifted off the plate and daubed in the soya sauce.

The sushi at Kofuku passes muster. The fish, sourced from Japan, Thailand and Scotland are fresh. If only the wasabi — the fiery horseradish condiment — was just as fresh, it would have been a win-win situation. But it is clearly off a container and more congealed, taking a while to mix seamlessly with the soya.

If after all this, you can still manage to eat (and we advise you keep room for it), do try the mochi ice cream (Rs 350). A good mochi is a thing of joy (and great textural contrast) — the thinnest of pounded sticky rice wraps enclose frozen ice cream within (think, dimsum). Here, though, the mochi ice cream is more rustic — the wraps are thicker, for one – but the ice cream inside is creamy and delightfully fresh, dispelling our initial scepticism that a mango ice cream would fetch us one of the synthetic variants in the market. If you are looking for a casual Japanese dining experience outside five star hotels, Kofuku might be a good place to experiment and increase your knowledge of the cuisine.

All, Good, in, Taste

« Stop avoiding mushrooms! Grilled mushrooms are healthier and rich in nutrients
From the Royal Kitchens »